Top 10 Museums and Art Galleries to Visit in Western Australia

You do not need to be an artist, painter, designer, or writer to go into a creative rut. Anyone who feels that there is no challenge for them can face this situation, especially for their career. That’s why when you feel frustrated, bored, or merely lacking stellar concepts, you should look for inspiration.

One way to be inspired is to visit museums and art galleries. After renting a car, travellers often have an itinerary that includes the best museums or art galleries in the area. These sites are considered a learning environment that can calm our minds. But what many people do not realise is that they also inspire and help get out of a creative rut.

AGWA’s history is as impressive as its exhibitions. Initially, the Art Gallery was the location for the famed Jubilee Building, which had the State Museum and Library. It was supposed to be a library that the public could access, but construction did not fully commence.

Several years later, the mining boom in the state and the local government’s focus on cultural institutions led to the erection of the Art Gallery Administration Building. Just in 2017, AGWA announced the possibility of redeveloping its rooftop to provide more space for events, film shows, and sculptures, among others.

The Aesthetic Movement is the inspiration behind the exhibitions at the gallery. You can find indigenous art from Northern Territory and WA, which have roots from the 1820s to 1960s. It also features work of Aboriginal artists from the Kimberley region, which you will surely find inspiring.

The WA Maritime Museum has a striking backdrop as it sits confidently on the shore of the Indian Ocean. The building and the scenery all around it symbolise the past, present, and perhaps the future of Fremantle as a coastal city. This museum contains several exhibits that depict WA’s maritime history, including hand-made sailboats, pearl luggers, and even leisure boats.

Head to the WA Maritime Museum to be inspired by the state’s long-time affinity with the seas and oceans. Aside from the mentioned collections above, this museum also houses iconic vessels, such as the famous Australia II, the yacht that won America’s Cup. 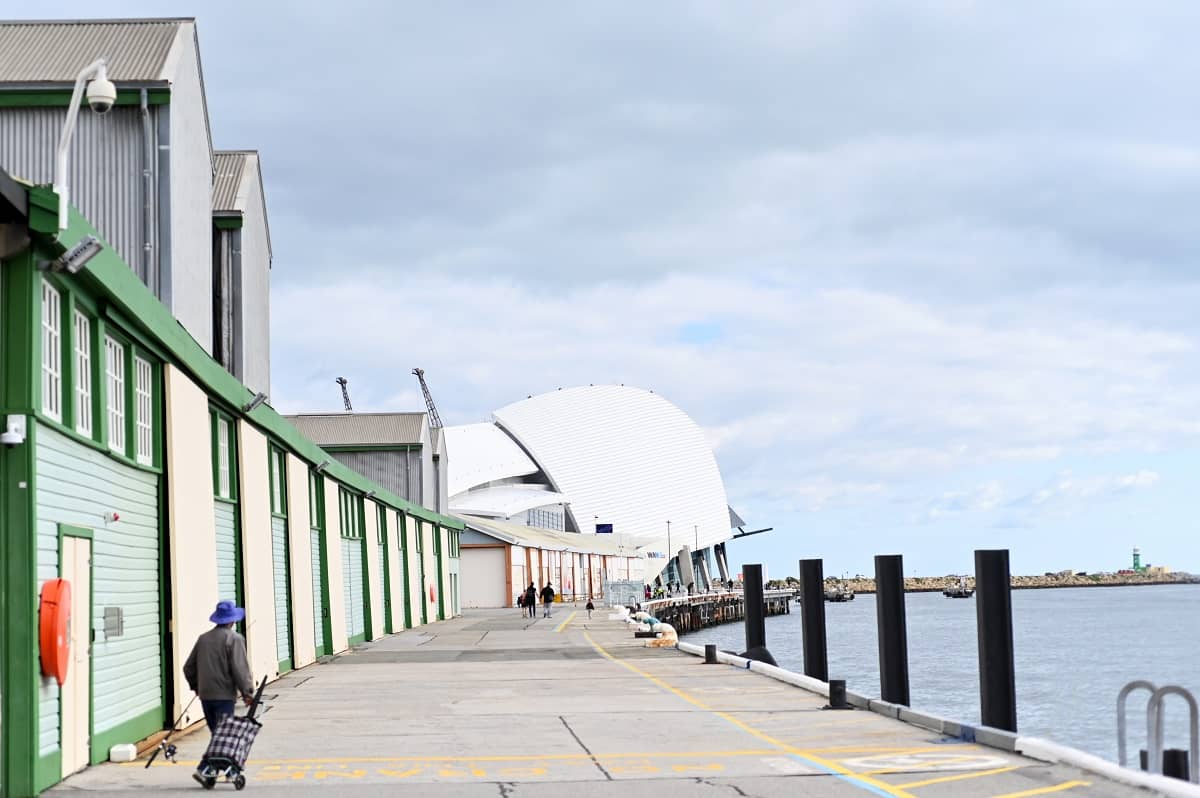 The Maritime Museum in situated on the waterfront in Fremantle.

Another museum overlooking the Indian Ocean is the Museum of Geraldton. It showcases how the lives of those in the Midwest Region looked like, from the people to their land and the sea. This museum is where you can witness landforms from the past, as well as important artefacts from Yamaji history.

The Museum of Geraldton also has archaeological riches on display from Dutch shipwrecks, including Gilt Dragon and Batavia. You can find a total of four wrecks in the Shipwrecks Gallery. Do you wonder what the HSK Kormoran and HMAS Sydney II currently look like? The exhibit called From Great Depths shows the mentioned vessels’ state as they stay 2,500 metres down the ocean floor.

The Aviation Heritage Museum is known for collecting, preserving, and serving as the home to aircraft. As the name of the museum suggests, it is where the rich aviation heritage of WA can be found. Most of the commemoration activities of the Royal Australian Air Force Association (RAAFA) focus on the museum’s displays. They include personnel achievements and other mementos signifying war and peace.

Visit the Aviation Heritage Museum in Bull Creek if you or anyone in your group is an aeroplane enthusiast. The displays vary, but there are mainstays, as well, such as the Aermacchi MB-326H, Avro Anson, and the CAC Wirraway. Also on display are the Gardan GY-80 Horizon (which is popularly known as the Sugar Bird Lady) and the General Dynamics F-111C’s crew module that has an ejectable cockpit.

The Carnarvon Space and Technology’s primary purpose was to celebrate the role of the city in manned space programs, including Apollo and Gemini, headed by NASA. Carnarvon’s participation in the 1960s to 1970s space programs is well-recognised in WA (as it should be) and this museum exists to honour it. Inside, you will find the OTC Carnarvon satellite Earth station, which is the biggest contribution for the mentioned program.

One of the great benefits of driving to this place is that it is open seven days a week. You can simply add it to your itinerary and visit before four in the afternoon. Carnarvon Space and Technology is a new museum, but it has become a highly-rated tourist attraction. 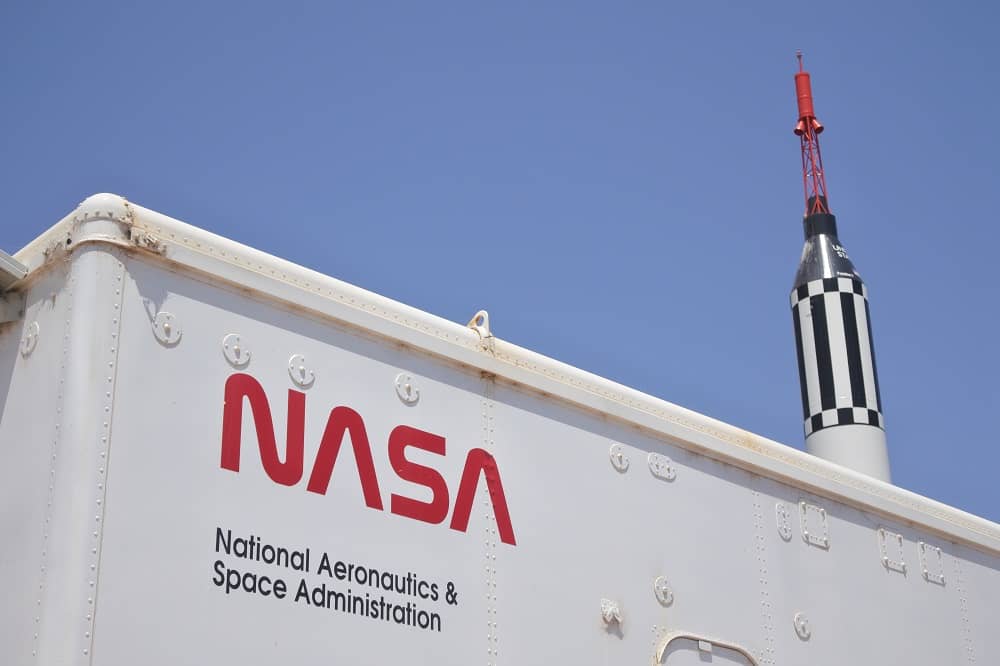 Carnarvon Space and Technology has a range of NASA artefacts.

Less than 20 minutes from Perth, the Subiaco Museum will let you discover the social history of the area. It includes a collection of contemporary and historical artwork coming from the city itself. The museum also features heritage items that will help you get to know more about the history and evolution of Subiaco.

The museum was once an electricity substation. It is right between the Subiaco Library and the Administration Centre of the city. Visitors can access the Subiaco Museum from Tuesday to Saturday. You can also join a guided tour to see photographs, documents, recorded stories, and artwork. Exhibitions come and go, including the Tails of Urban Bushland, and photos of Unexpected Moments by Denny Roberts. You can, of course, find permanent exhibits in the museum.

As a farming community, there is a lot to learn about Carnamah. Its rich history is best discovered through the Carnamah Historical Society and Museum. Virtual displays and other exhibits are exciting, especially for those who love history.

Since its inception in 1983, the Carnamah Historical Society and Museum has promoted the beauty of the town. It collects objects, documents, and photos that represent the social and domestic life in this town. Commercial and agricultural items are also well-preserved.

If you come from Perth, it may take you about three hours to get to Carnamah. Note, however, that this museum is temporarily closed for renovations. The good news is that it will reopen soon.

The Broome Historical Museum is under the supervision of the Broome Historical Society. The goal of the organisation is to preserve and protect the heritage of the town. For more than 40 years now, the Society has gathered and maintained a significant collection, serving as a platform for visitors to see and experience Broome’s history.

Because the town has a diverse cultural background, the museum’s collection is all-embracing. It continues to grow and is now spread across three buildings. One of the most notable is the Sailmaker’s Shed, which has been recognised and awarded by a number of organisations. If you would like to learn more about the town’s pearling history, we highly recommend that you drop by here.

For motor vehicle enthusiasts who need inspiring images and items to look at, the York Motor Museum is undoubtedly a place to visit. It is in Avon Terrace, York right along with a group of commercial shops. The building is quite well-known, not only in WA but the rest of Australia and even the world. It was built by the Windsor Family back in 1908.

The museum started as a motor vehicle storage for Peter Briggs, who was a car collector since the 1960s. Today, it is a popular place for locals and travellers, particularly those who have children with them. There are cars and bicycles on display with interesting stories behind them. 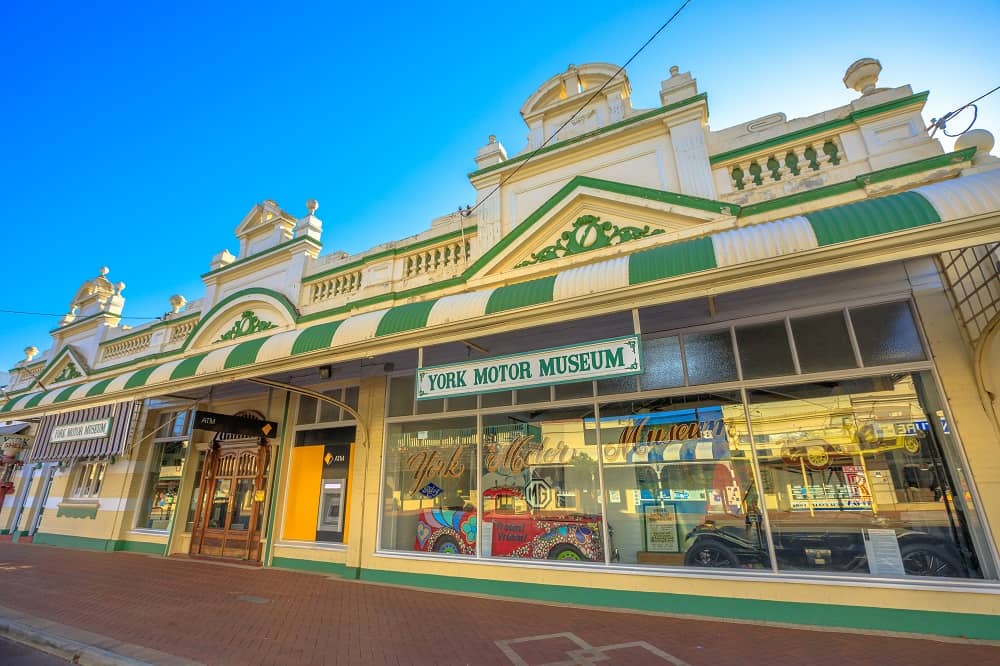 The York Motor Museum is a must-visit in the region.

When it comes to the stories about the Peel Region, nothing tells them better than the City of Mandurah Community Museum. It features photographs, items, and documents about important people of the coastal city. Upon visiting the museum, you will also find other significant places and events that shaped the history of Mandurah.

The Mandurah Community Museum offers travelling exhibitions and events involving the city. The museum is a collective effort since it has photographs portraying how it was like 30 years ago (at least). These photos are of landscapes, buildings, and people in and around Mandurah.

Western Australia may be known mostly for its puzzling rock formations, world-class wineries, and sparkling beaches. However, museums and art galleries are just as worthwhile as those experiences mentioned. Even if you’re not stuck in a creative rut, they are a great place to visit with your family, especially children. There’s also an opportunity to meet like-minded individuals and share your interests. And knowing Western Australia, you have plenty of other sites to discover along the way.

Make the journey comfortable and safe. Hire a car from Aries Car Rental and use our contactless pickup service. We have a wide range of options, including family and luxury cars. Contact us to begin exploring the museums and art galleries in Western Australia.

Top 10 Museums and Art Galleries to Visit in Western Australia